Injustice 2, the smash hit elseworlds DC Comics fighting game from Netherrealm Studios, has one of the most eclectic roster of fighters ever assembled in a game from its genre. From popular DC Comics staples like Batman, Superman and Wonder Woman to DLC characters like Hellboy and the entirety of the Teenage Mutant Ninja Turtles and everything in between, there truly is a character for everyone’s taste. Senior artist on the game, Justin Murray, posted unused character concepts on his Artstation account that show that things could have been even more diverse than what they already are. Included in Murray’s account are designs for a new comer to the DC Universe, Bluebird, alongside the likes of John Constantine, Etrigan the Demon, even Krypto and Detective Chimp who looks far more like a mercenary than a detective. Given the popularity of and continued support of the Injustice franchise, hopefully we’ll get to see some of these characters in an potential Injustice 3. 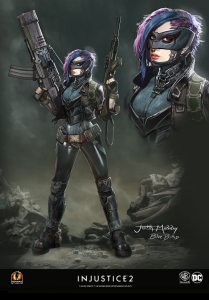 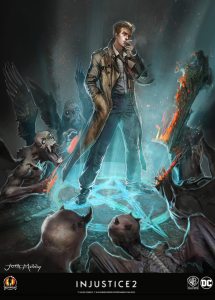 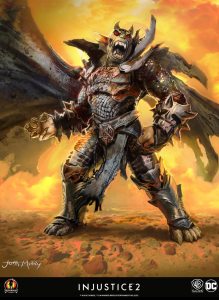 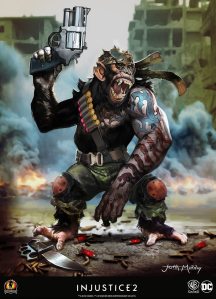